One of the biggest golf tournaments held worldwide and a highlight of the annual European Tour, the Nedbank Golf Challenge is played over the spectacular Gary Player Country Club in South Africa, widely-acknowledged as one of the most difficult and challenging courses worldwide. The event draws the best players from around the world for the penultimate event of the 2019 season.

Since its opening in 1979, the layout of the course is famed for its length of over 7000 meters from the championship tees. It is also known for dramatic backdrops of the Pilanesberg Mountains, spectacular indigenous vegetation that flanks the fairways, and interesting pin positions on the clover-shaped putting surfaces protected by strategically placed bunkers.

WMG’S VIP corporate hospitality is held close to the 18th green in an air-conditioned double-decker marquee – one of the most unique venues for a golf hospitality experience.

Our hospitality package include:

Interested in creating a bespoke WMG hospitality package at the Nedbank Golf Challenge? Contact one of our consultants today. 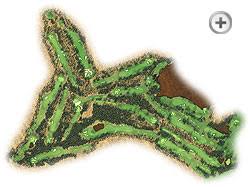